As a part of their year-long UTOPIA 2016 programme, Somerset House presents ‘Utopian Voices Here and Now’ – a free exhibition curated by Shonagh Marshall. 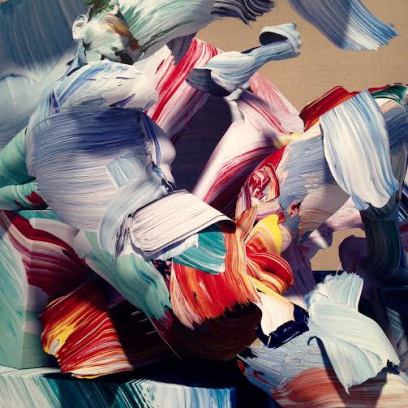 I was automatically drawn to Somerset House’s newest exhibition, Utopian Voices Here and Now. Not only were the works of artists like Matthew Stone and Ibrahim Kamara being housed in one of London’s key cultural destinations, but these artists were also exploring contemporary issues very close to my heart. These including issues of gender, sexuality, the human body and climate change. The exploration of these themes felt very close to me; not only as an individual but as a member of the Sweet ‘Art team, and reminded me of the themes our upcoming show ‘SHE’ explores – especially in regards to gender.

As I roamed the wings of Somerset House, following bold white arrows beneath my feet; I asked myself two questions. Number one; where the hell am I going? (As I was initially unaware that there were multiple wings in which I had to seek out each installation. My bad) and number two, what does my personal utopia look like?

For London-based stylist Ibrahim Kamara and South African photographer Kristin-Lee Moolman it includes a future in which gender-based attitudes towards fashion are abolished and ‘the individual is be free to choose how best to express their identity’. Here, Kamara and Moolman imagine what menswear might look like in ten years’ time, by photographing local Johannesburg locals in garments sourced from landfill sites and thrift shops. 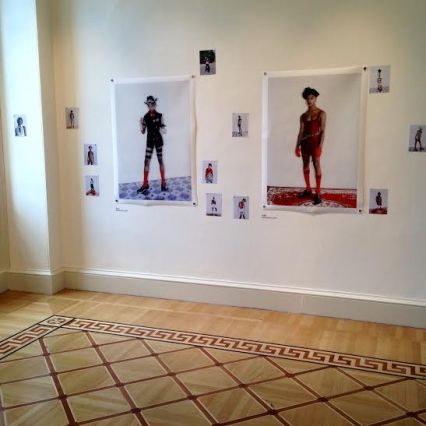 As I made my way through the New Wing I stumbled across a large room that housed artists Rosie Hastings and Hannah Quinlan’s work, UK Gay Bar Directory. As I entered I was greeted by several video installations which showed interior shots of 180 gay bars spread throughout the UK. The room itself was also a work of art, supposedly replicating a Queer Community Centre. It even contained pamphlets on LBGTQI issues.

Next; the South Wing. I was hit with an immediate explosion of colour upon entering the Terrace Rooms. Matthew Stone’s Healing With Wounds currently resides there, and explores the idea of interdependence through his digital paintings of interconnected nude bodies. Stone’s new work bridges the gap between his older photography nudes and abstract paintings, creating some of his most visually stunning work yet.

What is interesting is Stone has been quoted in an interview with i-D magazine saying that ‘pre-Brexit he had decided to call the show Healing With Wounds but decided it felt a bit ‘too much’ somehow and worried people might write it off as arty poetic logic’. As a result he was going to call it just Healing. However, after waking up to read the result of the referendum, he immediately changed the title back to Healing With Wounds. He says he ‘knew that the popular political climate had shifted.’ 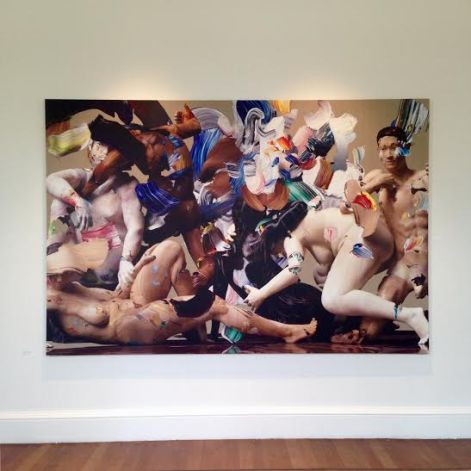 In the face of Brexit, the recent events provoking the Black Lives Matter protests and politicians publicly announcing that they ‘don’t believe in climate change’ (the list goes on) – the artists of Utopian Voices Here and Now fight back and express opinions which I believe accurately represent the opinions of many of the UK’s youth, and beyond. It was an absolute delight to walk the halls of Somerset House this week – even when it was pouring down with rain.

Other artists showcasing their work in Utopian Voices Here and Now include Glacier Girl, Angel Rose and Project O. 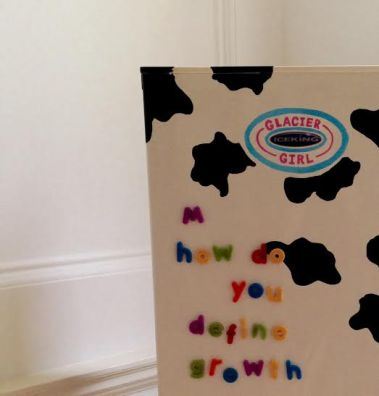