‘SUCKERZ’ is the coming together of two British artists Emma Hart and Jonathan Baldock, and what ensues is a visual parade of all things saucy and a little bit vulgar. Currently on display at l’étrangère, but with only a week left to see, I strongly encourage those excited by the idea of plates with nipples, tongue-like napkin rings, and spaghetti ponytails to get yourself over there.

Stepping into the space there awaits a banqueting table, adorned with a plethora of lolling tongues, opened mouths and yes, nipples. This carnivalesque feast instantly conjured up a feeling of curiosity and disgust, to delve in more, but where should I look? (Maybe Alice felt the same when she came to dine with the Mad Hatter.)

Hart and Baldock fixate their practises’ on the body; its ins and outs, and all the unavoidable associations. The title itself is reference to passageways, to enter and to exit. Indeed, with cherries and wrapped sweets as part of the table décor, the hints of the sexualisation are routinely apparent. Although, I do question whether the notion of passageways extends beyond the overtly sexual. Instead, the artists are attempting to probe the assumed etiquette of an exhibition space, to sully our gaze. The consequence is a palpable tension between the disordered, situated within a realm of order, which instigates within the viewer oscillating points of repulsion and attraction. This is a retained rebellion that is slipping, spurting, sliding over the edge.

Thus, the notion of the grotesque is at the heart of the exhibition. In ceramic and textile form, the artists exaggerate the physicality and viscosity of bodily functions to generate a feeling of decadence. When I say feast, our eyes are not the only sense being tantalised. Hart and Baldock dot real-life foodstuffs (Ferrero Rochers) and representations of yummy things like donuts to leave the viewer salivating. Then once again, I think about processes like digestion and expulsion, and almost immediately, my stomach has turned. Altogether, interrupting the atmosphere of indulgence, but I suppose that is just reality for you.

Amongst the fleshy pinks, hair-scrunchies, shell-encrusted busts, forks with hands and potatoes. It is easy to get lost. However, the one thing I want to emphasise is the overwhelming sense of fun that is apparent in the artists’ making and my experience of ‘SUCKERZ’. I believe this exhibition is a playful, light-hearted, humorous, exciting, honest attempt at life chaos. Ultimately, it is all tongue-in-cheek.

Emma Hart and Jonathan Baldock / SUCKERZ
25 June – 1 August 2015
(All images borrowed from l’étrangère website)
So I decided to visit The Old Truman Brewery and catch the last of the BA show from both the BA Fine Art courses at Northbrook College and University of Hertfordshire. Here are my best bits and what the artist have to say about their work.
Hala Sabet 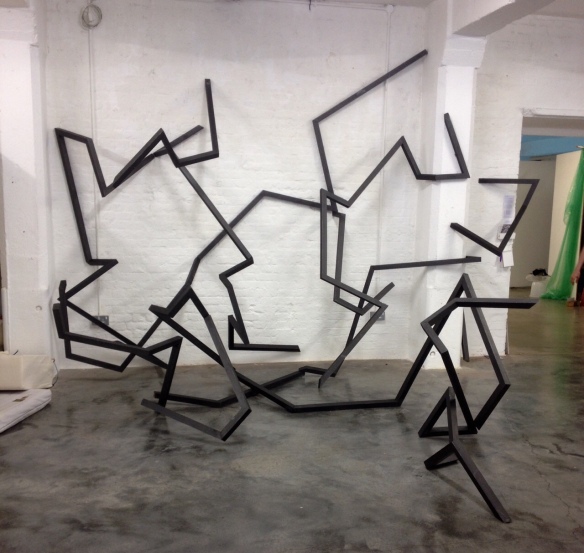 “The true meaning of Islam is essentially peaceful and seeks harmony in the world. To counter the misunderstanding of Islam, my work is engaged with, and informed by, the genius of Islamic Geometry, showing the intricacy and simplicity of its construction as another way of stressing the peaceful meaning of the term.” 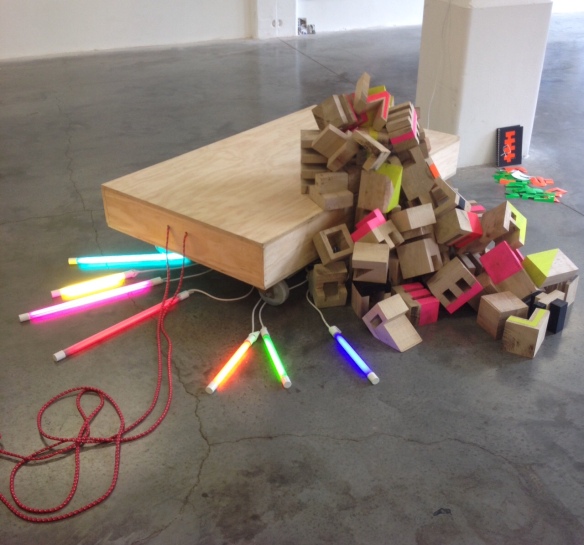 “By using wood, light and paint, I aim to explore how form and light can work and communicate symbiotically and with equal importance. I also suggest that these colours, shapes and patterns can mean so much more than they are. I find inspiration in the stark urban geometry of Brutalist architecture, concrete bunkers and the coloured building blocks constructed by Fredrick Frobel, (the creator of Kindergarten).”

“I see objects as vessels, projected onto and speaking out but not truly accessible or definable. 17th Century Memento Mori and Vanitas depicted objects as a way to point the senses and mortality, phenomenological experience.”

“Within my practice I use miniature scale to prompt childhood memories of naivety and innocent aspects of ourselves that I feel become lost as adults. Simple as these works might first appear, they explore a symptom of modern society.” 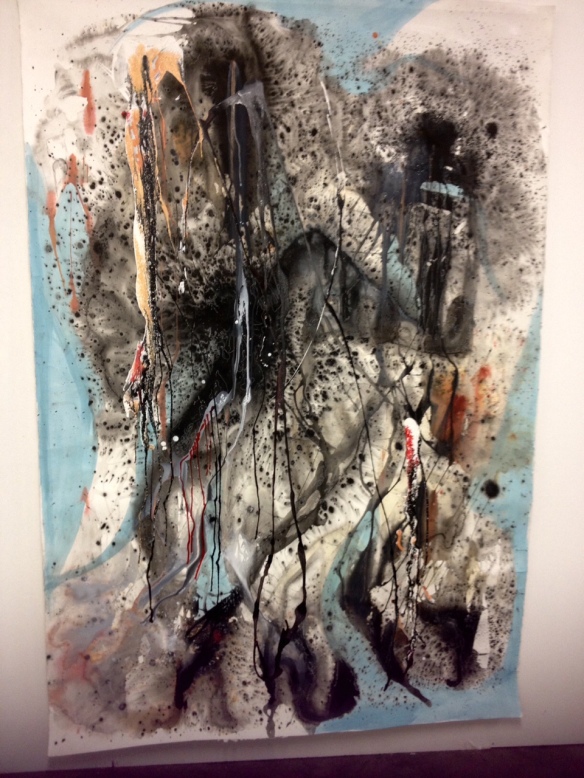 “Although the destructive nature of human beings is a creative force that I feel a need to manifest in my paintings, I am more intent on expressing the awesome magnitude of the beautiful world in which we live.”

“Centring on botanical, biological and geographic process my work explores and analyses systems, rhythms and networks in an instinctive language. Through intensive observation and detailed drawings the work translates different levels of reality in nature, capturing the conflict between order and chaos.”